A house built in less than 24 hours and for less than $25,500: fiction or reality? That was the crazy challenge taken up by the company Serendix, which 3D printed this small spherical structure in precisely 23 hours and 12 minutes in Japan. Though the company revealed a first prototype in 2015 – which had moreover earned it first place in the 3D Printed Habitat Challenge organized by NASA – it has now achieved its goal with this concrete sphere of 20 tons, resistant to weather. Though it only has a modest surface area, only 10 square meters, the architect behind the concept imagined the structure to be used as transportable and meet emergency housing needs.

The promise of 3D printing in the construction industry has many dreaming: players are banking on complex shapes, dramatically reduced lead times, and less labor intensive work for workers. But it’s sometimes difficult to tell the difference. But can we really rely on 3D technologies to build our future homes? How sustainable is such a construction method? Is it a “wow effect” rather than a real innovation? In any case, some machine manufacturers are revealing a number of innovative projects or are showing strong growth, such as the American ICON, which raised $207 million last year. And on the Asian continent, the market is moving as shown by the project of the firm Serendix. 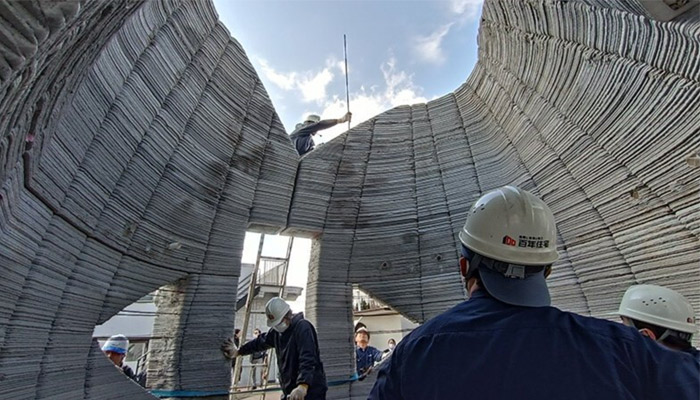 Layer by layer, the concrete was deposited to form the walls of this structure (photo credits: Serendix)

It was in 2020 that the firm filed patents for this 3D printed sphere concept. At the time, the idea was to propose a housing without frame, quick to build and accessible, all able to resist earthquakes and typhoons particularly numerous and severe in Japan. The objective was to provide emergency housing in times of crisis. Two years later, the project finally came to life; Serendix revealed a 3D printed construction, the first in the country.

Don’t get me wrong, this is not a conventional house – the interior structure here is 10 square meters and features a 20-ton concrete frame. This small area means that it is not subject to Japanese building regulations. The walls would be reinforced with ribs to insulate the sphere and meet the seismic performance of the country’s standards. 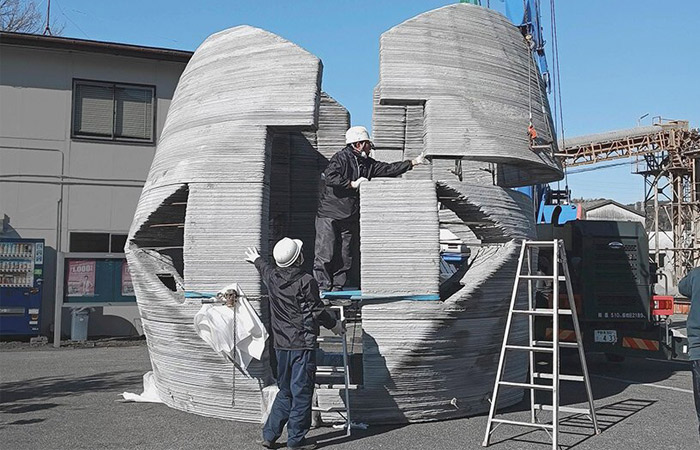 The assembly would have taken only 3 hours (photo credits: Serendix)

It is not known which concrete extrusion machine was used, only that the final assembly took only three hours. In total, with the creation of the openings and the waterproofing phase, it took only 23 hours and 12 minutes before the structure was functional. An incredible feat in the field!

What do you think of this 3D printed spherical home? Let us know in a comment below or on our LinkedIn, Facebook, and Twitter pages! Don’t forget to sign up for our free weekly Newsletter here, the latest 3D printing news straight to your inbox! You can also find all our videos on our YouTube channel.