From building projects on the moon to 3D printed rocket parts, lately there have been many projects mixing additive manufacturing and space. And with good reason. For space companies, the technology is opening up a whole new world of possibilities. For example, both NASA and the European Space Agency (ESA) have recently embarked on new projects. ESA partnered with Incus, an Austrian company that specializes in 3D printing solutions based on photopolymerization, while Lockeed Martin and Makerbot have been working on a Lunar Rover Project for NASA. And projects of this type are becoming more and more numerous. Recently, Fleet Space, an Australian satellite developer, announced the future launch of a fully 3D printed satellites.

Called Alpha, this so-called constellation of satellites will sit alongside the Centauri constellation. Launched in about 12 months, the Alpha satellites will be the first to be fully 3D printed, according to the company. Flavia Tata Nardini, CEO and founder of Fleet Space, commented: “Alpha represents a major step forward and the first time a satellite has been created entirely through 3D-printing. By bringing together the creation, deployment and service of space technology this is a clear statement of our intent to become a global leader in space technology, and to support Australia’s ambition to lead this critical field.” 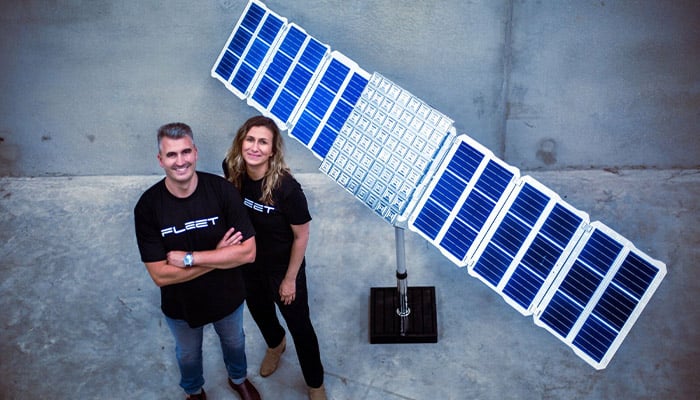 The composition of the satellites from Fleet Space

The 3D printed satellites will have up to 64 all-metal antennas. A notable difference from the Centauri line, whose satellites are equipped with only 4 antennas. With the many antennas, advanced digital beamforming technology will allow for a significant increase in customer IoT data throughput and thus serve a larger number of terminals. As for the 3D printing processes used to design the Alpha line, the company has remained tight-lipped.

In short, additive manufacturing has enabled Fleet Space to design satellites with enhanced connectivity capabilities that could ultimately provide new opportunities for the aerospace industry. Especially since, according to the Australian company, Alpha satellites will be a “fundamental change” in the sector. With such innovation, Fleet Space hopes to establish itself in this highly competitive environment and become a global leader in the years to come.